I Can Only Imagine Available on DVD and Blu-ray

Have you ever seen a movie that just takes your breath away? I Can Only Imagine is one of those movies. You know the song by MercyMe, and if you don’t, give it a listen here.

It is a beautiful song, isn’t it? I break into tears every time this song comes on the radio. It just grabs your heart and squeezes, you know? For me, the mark of a great song (and a great movie for that matter) is one that seeps its way into your heart without you even realizing it. The song, or the movie, just becomes a part of your very being, the very fabric of your life. You can sing the song word for word, you can recite the lines to the movie without even thinking about it.

That’s what I Can Only Imagine does – the song and the movie.

The home entertainment release of I Can Only Imagine

features over 3 hours of extras including 7 deleted scenes, 7 in-depth featurettes, an audio commentary, and more! The #1 Inspirational Movie of the Year Comes Home on Digital on June 5 and Blu-ray Combo Pack and DVD on June 12. You can also rent or buy the film through On Demand from your cable provider.

The film is directed by the Erwin Brothers, the same great folks who brought you Moms’ Night Out, the film tells the incredible true story behind Christian band MercyMe’s iconic, history-making song “I Can Only Imagine.”

The Story Behind the Song

Although he found faith at a young age, life wasn’t easy for Bart. He leaned into an active imagination and his love of music as escapes from a troubled home life. As he grew older, Bart turned to football in hopes of somehow connecting with his abusive father. But a career-ending injury, combined with the vision of a teacher who saw unlimited potential, set Bart on a musical pathway.

Chasing a dream while running from broken relationships with father and Shannon, his childhood sweetheart, Bart hits the road on an old, decrepit tour bus with his new band MercyMe – named for his Meemaw’s favorite expression. With the guidance of a grizzled music-industry insider (Brickell), the band begins a journey none of them could ever have imagined.

I understand broken relationships. I understand being told that dreams don’t pay the bills, being told to be practical, get a real job. Do what is expected of you, not what your heart leads you to do.

“I’ve never told anybody my story. My dad was a monster, I mean, that’s the only word for it, and I saw God transform him from a man that I hated to a man that I wanted to become. To my best friend, and I didn’t realize it soon enough. I didn’t think that God could do that. So I wrote this song, and I want as many people as possible to hear it.”

This is an uplifting, music-filled movie that beautifully illustrates the power of forgiveness and God’s love. For anyone who has found escape in music – Christian or other – this movie reminds you that all things are possible with grace, hard work, and perseverance.

I had the chance to see the movie at our local Regal Cinema last month. I actually skipped a doctor appointment because something was pushing me to go and see the movie that day. I sat in a darkened theater with about 20 other people and I was transported back to my own broken childhood and teenage years. I recalled the moment of confrontation with my own stepfather, the moment of forgiveness, and the moment we were able to repair our broken relationship. When my stepfather passed away, we were friends. Like Bart’s meemaw stated to him at his father’s funeral, “I can only imagine what he is seeing now.”

Every individual in that theater experienced profound emotions watching the film. We laughed, we cried together, we sang along to the song that we all know and love. When I exited the theater, as we were all walking down the aisle to leave the building, there was a sense of bonding between us that I cannot describe. We all waved to each other as we exited the doors and said goodbye and God Bless to each other. I may never see any of these individuals ever again, but for 2 hours in a darkened theater, we were a family, healed by the power of music and cinema.

When the DVD arrived, I had the pleasure of watching it with again with my son. When my eldest son comes home, we will watch it together as well.

I was given a copy of the DVD to provide to a giveaway winner as well. Instead of hosting a giveaway; however, I was led to give it to a friend who is struggling with a son who has several disabilities he is struggling with, including diabetes and who was recently diagnosed with epilepsy. It was on my heart that she and her son needed to see this movie, to hear the music – so I gifted the additional copy to them.

However, I still wish to disclose in accordance with the FTC’s 16 CFR, Part 255: “Guides Concerning the Use of Endorsements and Testimonials in Advertising” that I received a copy of this DVD in exchange for this review and this post from Propeller Consulting, LLC who provided the two DVDs. Choice of recipient and opinions are 100% my own and NOT influenced by monetary compensation.

Kim is a Family, Lifestyle and Parenting #RVA Mom Blogger focusing on home and family, product reviews and giveaways, food and travel. Kim is raising two teenage sons and has an adult daughter and loves weekend getaways and spur-of-the-moment road trips. She loves cooking, reading, walks on the beach, sunsets and wine. Her dream is to retire to a little cottage on the beach and spend her days collecting shells and talking to the seagulls. 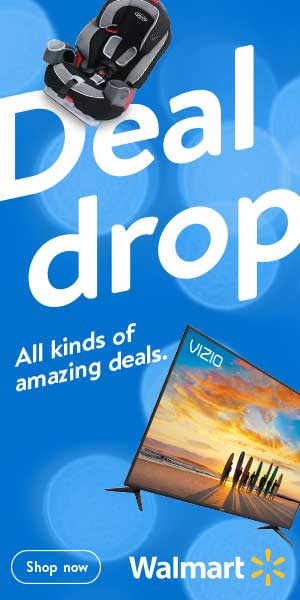