Ask any parent who’s had teenage daughters, and they’ll tell you that sometimes it can be a struggle. Nobody is to blame. Just a mixture of social situations, hormones, and changing bodies can make this time particularly difficult in a young woman’s life.

In this post, we take a look at some of the rules that you need to follow when raising teenage daughters. The goal is to create safety and harmony so that your daughter can look back at her teenage years positively later in life.

If you notice that your daughter isn’t quite behaving in the way that she should, point it out. Sometimes, parents will allow their children’s behavior to slip as they get older. But that’s a bad idea because the daughter will often see it as a license to continue doing what she’s doing. Don’t get into a big argument or a fight – and certainly don’t hold it against them. Just point it out calmly and give reasons for why it’s unacceptable.

Allow Your Daughter To Find Her True Self

The media’s view of women is toxic and unrealistic. And it is hurting both our society and individual women themselves. The culture is in a state of confusion right now over what a young woman should be and how they should behave.

Raising Your Teenage Daughter: A Guide to Curbing the Rebel
$6.99 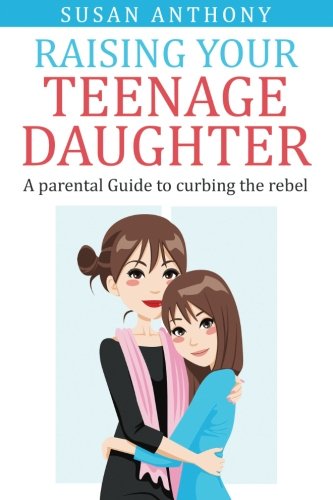 Buy Now
We earn a commission if you make a purchase, at no additional cost to you.

That’s why it’s so important to try to help your daughter return to her essential nature. You want her personality to reflect what comes naturally to her, not what others say.

Allowing failures can be difficult for parents. But it’s often the only way that young women can learn and move on. If you read Eva Carlston Academy reviews, you’ll discover all about teenagers who’ve made mistakes. But as the institution points out, that doesn’t mean that they won’t have good lives when they grow up. It’s just a matter of ensuring that they respond positively to their mistakes and learn from them.

Try To Avoid Discussing Their Friends

Teenage girls do everything that they can to fit in at an early age. Social relationships are paramount, and their friends often consume their lives.

Sometimes things will happen that you don’t approve of, but if you attack their friends, then you’ll find yourself in a lot of trouble.

However tempting it is, don’t say anything bad about their peers. Instead, focus on your daughter’s behavior and their role in the situation. Particularly emphasize the fact that she can be an example to everyone else in the group. She doesn’t just have to go along with whatever is happening.

It can be hard for parents to see their young daughters experimenting with being sexy – especially in their choice of clothes. But just because they are dressing more provocatively, it doesn’t necessarily mean that they’re engaging in sexual activities. Often, they’re just experimenting with how they look and preparing themselves for full-fledged relationships in the future. Trying to suppress that urge is generally a bad idea and can lead to psychological ramifications down the road.

We hope you’ve found this information helpful! If you have any additional tips and advice to offer, please do so in the comments below!

If you have a wild child these two tips will help you in making an extra effort to understand and help your child reach a stable and balanced sense of self. [read more]

As children age, they can become estranged from their parents for a number of reasons. We explore several tips to maintain a healthy relationship with your parents as you both age in this post. [read more]

Life in a House of Testosterone has partnered with Propeller Consulting, LLC to bring you today’s conversation. We were sent a promotional item as a thank you for our posting. All opinions stated are my [read more]

THANKS FOR TAKING THE TIME TO COMMENT. WE APPRECIATE YOU! Cancel reply