A backyard is a space of great purpose. A place for escaping with a good book, chasing the kids around with water balloons, flipping burgers in the sun, making memories with friends and family or just taking a moment to step away from it all.  But with so much time spent maintaining our front yards, all too often we forget what a great source of happiness our backyards can be. This can lead to the backyard needed a little TLC.   So turn your backyard into the beautiful space it was meant to be by checking out our three simple ideas … END_OF_DOCUMENT_TOKEN_TO_BE_REPLACED

If you want the best experience from your home entertainment system, there are several things you need to bear in mind. There are hundreds of gadgets out there to make your home entertainment an experience of a lifetime, but you need to do your research to get the best products possible. Even if you have the best gadgets, if your installation is done poorly, your equipment will not work properly, and you're going to be disappointed with the outcome. So to make sure you get the most amazing experience that you deserve for the investment you've … END_OF_DOCUMENT_TOKEN_TO_BE_REPLACED

Every man needs a space to call his own. This could be a shed, a summerhouse or even a den that is made out of mattresses, pillows and duvet covers. Either way, it doesn’t matter what type of man you are and where your space is, your man cave is where you can be yourself and in all of your glory. You can do whatever you want, whether it is having a cold beer at 2 pm in the afternoon or whether it is lounging around in your underwear playing on the latest games console. If you want to make the most out of your man cave then you have to … END_OF_DOCUMENT_TOKEN_TO_BE_REPLACED

I am super excited to share this post with y'all today. I am denying the fact that there is a Noreaster that is bearing down on the East Coast getting ready to dump a few feet of snow everywhere. I refuse to believe it. My brain is firmly embroiled in spring, not winter! So we're going to imagine sunshine and warmth and parties with friends and family even if there are snow plows making all that racket outside! If you have a home, chances are you entertain your guests in your garden. Did you know that there are several different items … END_OF_DOCUMENT_TOKEN_TO_BE_REPLACED

These days, our homes are equipped with many electronics and electrical appliances, some of which require a stand while still others have built in legs on which they rely. Our televisions are one such appliance that can be mounted to the wall, placed on a stand, or is self-supporting. There are many factors you should consider when buying the perfect stand for your television. Is There a Need for a Stand If you are switching to a flat screen television you can have a bigger television while the weight will still be less than its … END_OF_DOCUMENT_TOKEN_TO_BE_REPLACED

Netflix is an American based multinational entertainment company specializing in providing streaming media and on demand video online as well as DVD. Netflix added a new dimension to the entertainment world. Netflix is also engaged in film and television production as well with their headquarters in California. What can you watch on Netflix? Netflix literally has something for everyone. With a library of over 2200 movies and TV shows available to watch at any time. Viewers in the United States can view up to 5500 titles. Most of the movies … END_OF_DOCUMENT_TOKEN_TO_BE_REPLACED

Like to be the center of the neighborhood? It’s great to feel like your home is where everyone wants to be. A place where you can make new friends and meet interesting people, without even leaving your home. How do you go about doing this? How do you attract people and keep them entertained long enough to stick around? The best place to start involves the most important part of any great party: music. Or more specifically, a great stereo system to play it. However, setting up a good sound system can be difficult. There’s a lot of parts that … END_OF_DOCUMENT_TOKEN_TO_BE_REPLACED

My teenager is a gamer, and when his XBox Live ran out last year, I promised him I would renew his subscription and get him another three months worth (which usually runs $24.99) from GameStop as soon as I had some spare change. Well today he was home sick with the flu, I had a bit extra left over after the bills were paid, so I went online to order it for him and get a digital download code from GameStop. Imagine my surprise when I realized that, for just $15 more I could get him an entire YEAR of XBox Live Gold! I … END_OF_DOCUMENT_TOKEN_TO_BE_REPLACED

Welcome to Life in a House

I am so very happy to welcome you to Life in a House. I share my love of blogging through informative articles covering raising teenagers (now young adults), family life, lifestyle and home decor, travel … and pretty much everything in between!

I hope you enjoy your time here. Below you will find our latest posts in some of our favorite categories! Don’t miss our Holidays & Seasons section, and if you are looking for a great gift idea for someone – be sure to visit our Gift Guide Central! 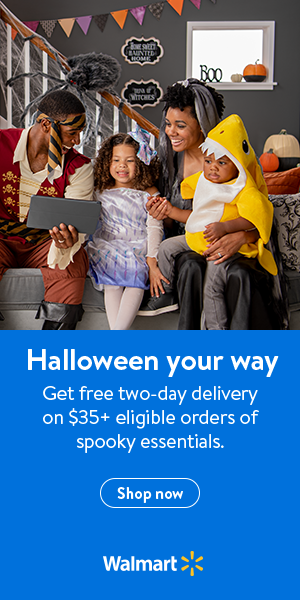 Get Twenty70 Hosting for your blog and tell them Life in a House sent you!